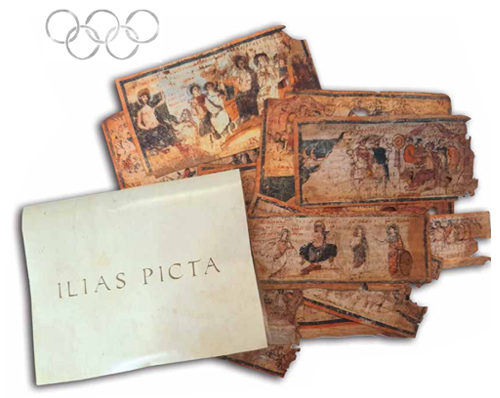 THE MASTERPIECE OF CLASSICAL LITERATURE 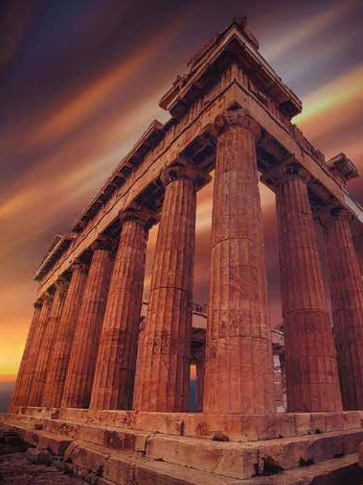 The Ambrosian Iliad or Ilias Picta (Milan, Biblioteca Ambrosiana, Cod. F. 205 Inf.) is a 5th-century illuminated manuscript on vellum, which depicts the entirety of Homer’s Iliad, including battle scenes and noble scenes. It is considered unique due to being the only set of ancient illustrations that depict scenes from the Iliad. The Ambrosian Iliad consists of 58 miniatures, each labeled numerically. It is thought to have been created in Alexandria, given the flattened and angular Hellenistic figures, which are considered typical of Alexandrian art in

late antiquity, in approximately 500 AD, possibly by multiple artists. The author(s) first drew the figures nude and then painted the clothes on, much like in Greek vase painting. In the 11th century, the miniatures were cut out of the original manuscript and pasted into a Siculo-Calabrian codex of Homeric texts.

Comparisons of texts per page to other late antique manuscripts(Vatican Vergil, Vienna Genesis)hasled some to speculate these miniatures were originally

part of a large manuscript.This manuscript was unlike other illuminated manuscripts in its lack of gilding. Instead, the author(s) chose yellow ochre to represent gold within the individual images, i.e. the gold cuirasses of noble figures, and the halo of Zeus (folios XXXIV).

Cardinal Angelo Mai, librarian of the Ambrosiana in the early 1800s, became convinced that the manuscript was from the 3rd century, and therefore philologically extremely important.