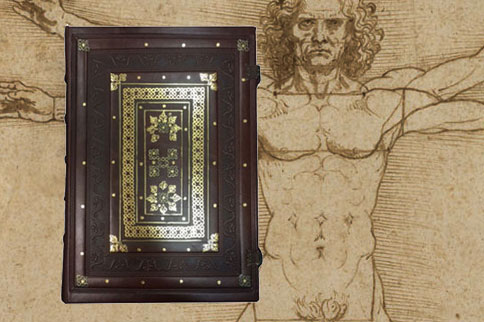 On the occasion of the V LEONARDO CENTENARY, the most important museums in the world chose Patrimonio Ediciones to honor this universal genius, coediting and accurately reproducing his codexes and master pieces.

First and only full facsimile edition limited to 999 copies, numbered and with notary certificate, which includes the three most famous works by Leonardo, never before reproduced in full facsimile format. 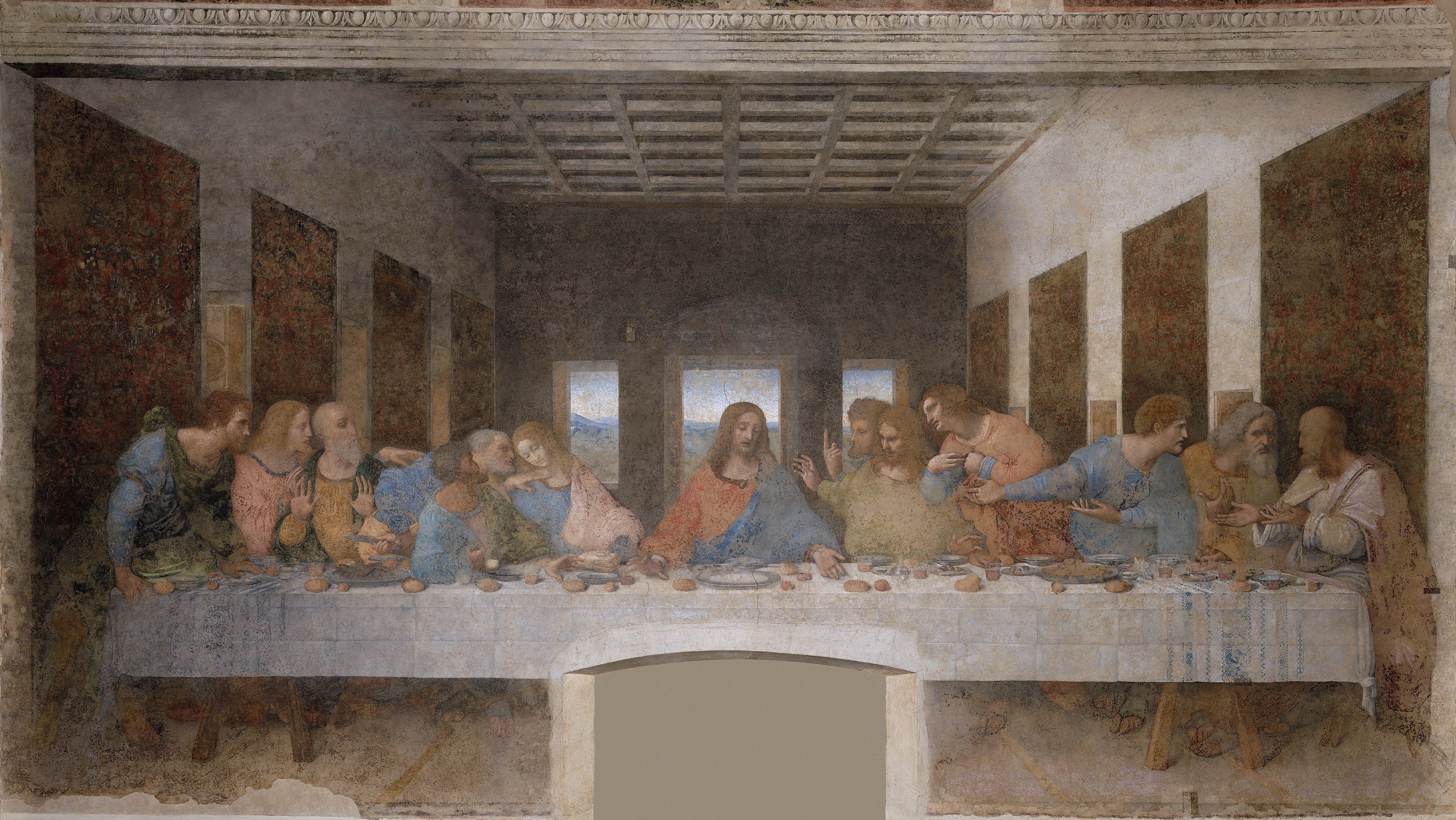 This codex was done in the court of Ludovico Sforza (Milan, 1498) where, serving the duke, were Leonardo da Vinci (Anchiano 1452 – Cloux 1519), considered the man of the Renaissance par excellence, and Luca Pacioli (Borgo de Sansepolcro 1445 – 1517).  Leonardo illustrated this work with 60 wonderful drawings of geometric figures, drawn with pen, ink and watercolor, full page and in full color, both artists working together on studies on the golden ratio, which Pacioli called the Divine Proportion, thus notably influencing Leonardo. To advance through the series of solids, shown in full page, is to take a trip through the world of geometry, but also through the play of lights and shadows created thanks to watercolor. Nevertheless, it is complex to study both Pacioli’s text and Leonardo’s geometric series, since both of them merge art, science, and even theology (the “trinary” conception of the golden section).

De Divina Proportione is a holy expression commonly used in the past to refer to what we nowadays call “the golden section”, which is the mathematic module through which any amount can be divided in two uneven parts, so that the ratio between the smallest part and the largest one is the same as that between the largest and the full amount. It is divine for its being unique, and triune, as it links three elements.

Leonardo, who was deeply interested in nature and art mathematics, worked with Pacioli, the author of the text, and was a determined spreader of perspectives and proportions, including “Phi” in many of his works, such as “The Last Supper”, created at the same time as the illustrations of the present manuscript, the “Mona Lisa”, whose face hides a perfect golden rectangle and the “Uomo Vitruviano”, a deep study on the human figure where da Vinci proves that all the main body parts were related to the golden ratio.

Pacioli, who was a famous mathematician, introduced the lineal perspective and the mix of colors, representing the human body and its proportions and extrapolating this knowledge to architecture.

Luca Pacioli credits that Leonardo da Vinci made the illustrations of the geometric bodies with ink and watercolor. Equally the testimony of the printed edition of De Divina Proportione in Venice of 1509 refers, once again, to the drawings of Leonardo

A work essential for all the insightful and curious wits that will provide every scholar for philosophy, perspective, painting, sculpture, architecture, music, and other mathematical disciplines, with a sweet, subtle and admirable doctrine, and will enable them to enjoy a number of very secret science issues. – Luca Pacioli

The Code of Beauty

For centuries, we thought ancient Greeks used a specific numeric proportion for their ideals of beauty and geometry, for example the design of the Athens Parthenon. This proportion has been called golden ratio, golden measure or divine proportion. The numeric value of this ratio, which is represented with the Greek letter “Phi” [ϕ], is: 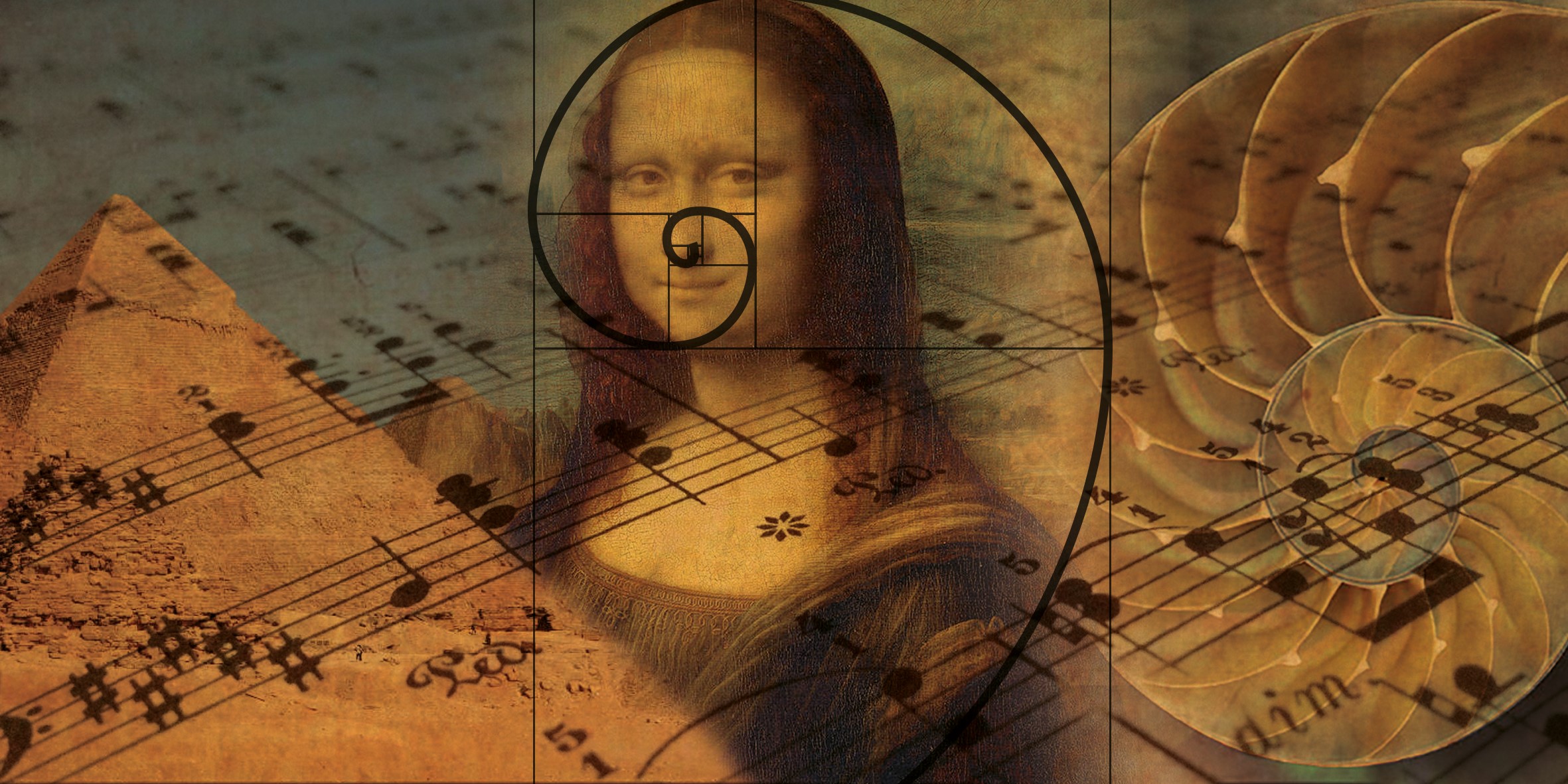 This kind of right-angled ratio can be found in a number of architectural works such as the pyramids, the UN headquarters, Nôtre Dame’s cathedral, the Greek Parthenon. In plastic arts, the golden ratio has been used by the most relevant artists. In music, “Phi” appears in Mozart’s sonatas, in Beethoven’s 5th symphony and Schubert’s compositions. In nature we find a number of forms with a golden ratio, digital fingerprints, the Milky Way.

The aesthetics of the human body also contain “Phi”: the distance from head to feet by the distance from the navel to feet gives a perfect golden number. The ratio between the degree of inclination of a DNA spiral by its diameter gives the golden ratio. We find its influence in the most modern design and corporate image.

De Divina Proportione is a fundamental work on the golden ratio in which Luca Pacioli explains its meaning in a logic, scientific way, including cosmological and mathematical considerations related to the Platonic theory of solids and other tipologies of polyhedrons, referred to architecture and taken from Vitruvius and Leon Battista Alberti.

The work is made of three sections. The first of them speaks about the golden ratio and regular polyhedrons. In the second one, the golden ratio is used both for architecture and the human body, using the example of  Vitruvius’ work, and it creates the letters in the alphabet. – the renowned logotype of the Metropolitan Museum of Art of New York, consisting on the letter M surrounded by circles and a square, is based on it and mimicks the Uomo Vitruviano; in the last part we find an Italian translation of “De Quinque Corporibus Regularibus” by Piero della Francesca.

De Divina Proportione is an essential work to understand everything related to the aesthetics of proportions, a mistery that amazes us through the centuries. If we add the master Leonardo da Vinci’s illustrations, we definitely get a perfect piece, the true Da Vinci Code.