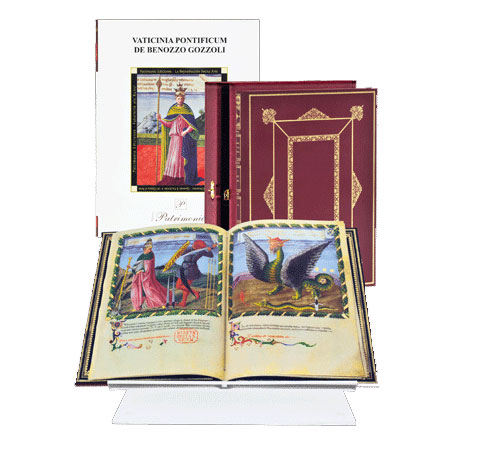 The most prestigious publishing houses of the world were interested in this magnificent manuscript. Finally, in the year 2010, the British Library ruled in favor of Patrimonio Ediciones due to its recognized quality.

It’s the most famous manuscript of prophetic content and contains a series of thirty prophecies related to the destiny of the papacy and the Church attributed to the Italian mystic Gioacchino da Fiore.

The work contains symbolic connections with historic events of the Vatican past that have already been verified, of the present and even they can unveil the keys of the future of humanity.

THE KEYS OF HUMANITY’S FUTURE

The similitude of the Vaticinia Pontificum, as we credit in the comparative images, with respect to the Lost Book of the Prophecies of Nostradamus, makes it clear that Nostradamus work is a copy based on the Harley 1340.

The ten last predictions express the confidence in the arrival of a near “angelical pope” or a series of angelical popes, meaning, a saint and purifying pope, a charismatic figure that differs himself from the rest of his predecessors by the moral integrity and by a high spirituality, and also that he opens a profound renovation phase within the Church. This could be related to the figure of Saint John Paul II, and even the present pope Francis I. The miniature referred to this prophecy corresponds to the folio 13v: the naked pope.

An spectacular praising of the humble spirit embodied by an angelical pope that has been stripped of all of his possessions and the temporal power, with the conviction that the papacy could only be renewed through the poverty and dispossession of the mundane belongings. 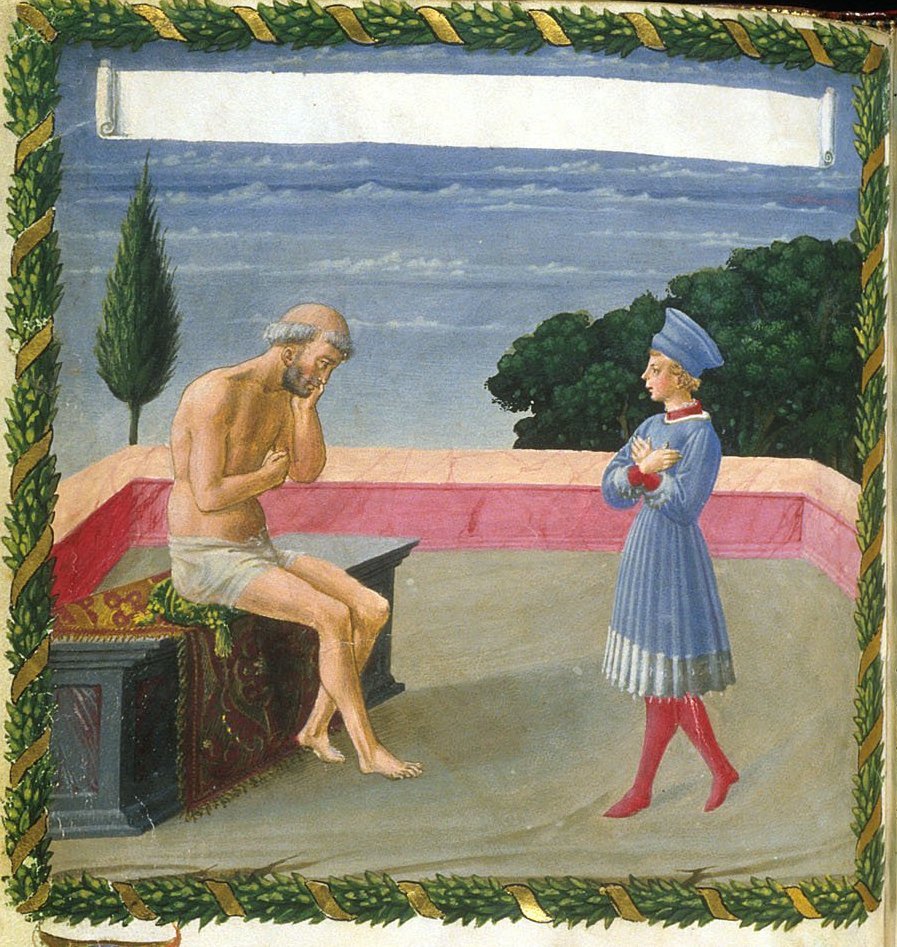 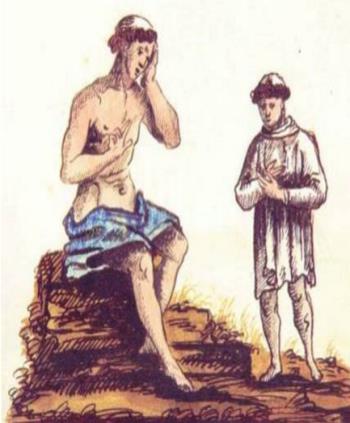 Illuminated by Benozzo Gozzoli, genius of the universal painting and author of the Journey of the Magi, majestic frescos made by order of Piero di Cosimo that present Lorenzo the Magnificent riding a horse as one of the Magi, which is kept in the Magi Chapel in the Medici Palace. Florence.

Benozzo Gozzoli was one of the most solicited and famous painters within the Tuscan Quattrocento; thanks to his longevity too, it can be attributed to him around one hundred pictorial works. Even though he was prolific with the panel painting, many reredos, polyptychs, and altars from his studio are kept in these days; Gozzoli outstood above all in the luck of mural painting with frescos. In his works, still with some Gothic reminiscences, it can be seen clearly the influence of his master Fray Angelico, especially in the brightness and intensity of the color use, or the softness in the treatment of the faces.

Nowadays his works are in the most important museums in the world: Louvre Museum, The National Gallery, The Metropolitan Museum of New York and the Vatican, amongst others.

COMPARING THE FINE FACSIMILE  PROOFS WITH THE MOST ENIGMATIC ORIGINAL CODEX

Since 2010, date in which the British Library ruled in favor of Patrimonio Ediciones, we have made around 20 visits to the library to contrast each one of the pages of the Vaticinia Pontificum with the pre-print proofs, made tone adjustments, color intensity and golds until we reached its faithful and identic reproduction. The last reviews are always made by the chief editor.

Right: The chief editor comparing 4v folio of the original codex with the pre-print proof of the fine facsimile.

Edition: world and unique edition, limited to 500 copies, numerated and authenticated by notary.