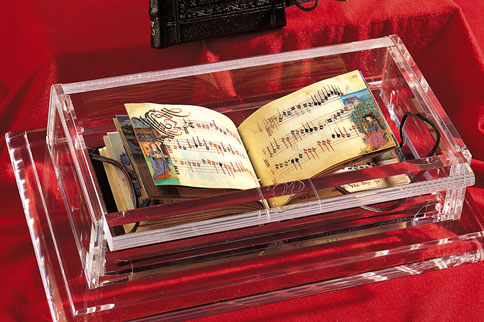 • Musical polyphonic codex comprised of the favorite compositions performed at the court of Philip the Handsome and Joanna of Castile.

• Its musical content, illumination and peculiar format allow to say that it was commissionned by the Queen.

• A masterpiece of Flemish miniature.

• It preserves the original binding realized in Bruges by Antoine de Gavere, who executed numerous works for Philip the Good, Duke of Burgundy. It is distinguished by fire engravings of animal and bird motifs intertwined with small vegetable scrolls on both covers, which are lined in leather.