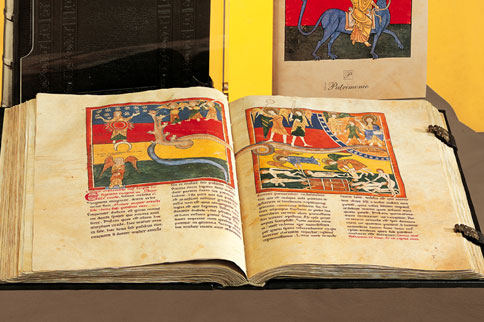 • The Beatus of Manchester passed from Spain to France in 1869, and was auctioned in Paris with other books from the collection of the Marquis of Astorga and Count of Altamira.

• The Beatus of Liébana. Manchester is the only manuscript of Beatus that remained complete. Indeed, none of its folios had been torn and it conserves the totality of its paintings.

• Codex bound in leather over wooden boards with bronze hinges and clasps.