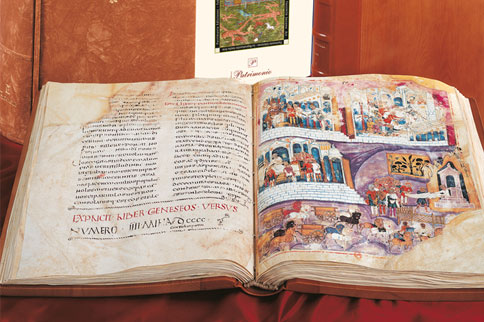 • The most important codex of the Western Middle Ages.

• Known as the Tours or Ashburnham Pentateuch, named for the lord who purchased it from the person who removed it from the Church of Saint Gatien in Tours.

• Produced in the imperial scriptorium of Rome on commission from Princess Galla Placidia to educate her son Emperor Valentinian III in the Christian doctrine.

• Bound in wood with goatskin and fire-engraved in gold.